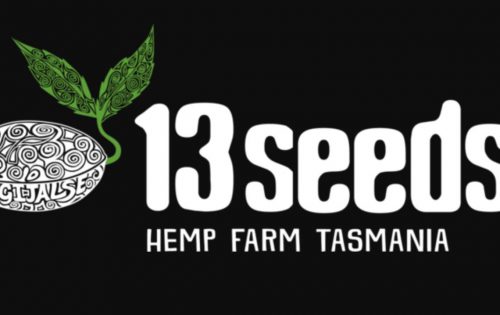 In 2004 one of their six young children developed chronic Psoriasis which left him covered in numerous skin lesions. In an attempt to find a cure for their son's condition they sort the help of  Melbourne’s top Psoriasis specialist. He prescribed a cream that showed great initial results but was made from over 25 different ingredients.

Terry and Gemma believed that it was potentially only one of the compounds at work so began the exhaustive task of isolating each ingredient and using that on their son exclusively to see if they could attain the same results. As they had already done some early research into the various applications of Hemp Oil as both a topical and internal healing agent, they were keen to try it on their son in isolation.

They found after only two weeks of both topical (directly on the lesions) and internal (taking one tablespoon morning and night) that their son's Psoriasis almost completely cleared. When coupled with Vitamin D therapy (direct Sunlight) his Psoriasis completely disappeared.

At that point, Mr Memory then contacted the handful of people in Australia who were already actively growing and researching Industrial Hemp. He soon realised that the industry, while exciting, was in the very earliest stages of development and lacked sufficient Government support to offer any commercial realities. Both Terry and Gemma continued to enthusiastically follow industry developments and focus on the developing markets in Europe and America, including product trends and applications.

In 2014 after discussion with the Department of Primary industry in Tasmania and a leading Hemp research academic from the University of Tasmania Terry and Gemma believed that the federal law changes required to begin the Hemp Industry in Australia where getting closer and now they could actively attain the necessary licenses and permits to begin field trials on their property in Tasmania.

They planted their first trial crop in 2015 and looked at both irrigation and organic growing practices and their effects on yields. In 2016 they again planted Hemp on their farm in Southern Tasmania and tried three different sites across the Huon Valley with various applications of both irrigation and biological nutrient amendments.

The couple were overjoyed in April 2017 to hear that the Federal Government had finally decided to approve Hemp Seed of a Food Product and began in earnest to design a complete food range around Hemp Seed to be added to their existing line of Hemp based Skincare products.

On the 12th of November 2017, Hemp Seed was approved as a Food Product in Australia. On the 13th of November, 13 Seeds Hemp Farm launched 13 food products including Australia’s first Hemp Porridge, Hemp Muesli, Hemp Chai and Hemp Hot Chocolate. The products gained an immediate following and in December the couple signed a National Distribution Agreement with Bio Living Australia that saw their Hemp Food products now available to over two thousand stores nationally.